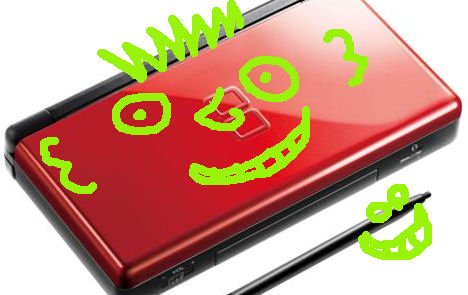 Nikkei Net, the online version of Japan’s foremost financial paper is reporting that Nintendo will soon be releasing a brand new DS model which includes a camera and the ability to play music. Nintendo is apparently trying to take the DS beyond the realm of the gaming industry with these new additions.

The new model is also said to be able to use its wireless communication features to hook up to “information terminals” and presumably become a veritable fountain of traveling knowledge.

The printed version of the story suggests that the new DS will retail for 20,000 Yen (roughly $188.) The online story doesn’t include this information, so there’s a chance that this could be wrong. Other questionable aspects of the story indicate that a larger screen and the ability to transfer data from the Wii or an SD card might also be featured. The new SKU is said to be primed for a limited Japanese release, with an eye to possibly expanding sales in the future.

Nikkei seems pretty confident in the story, according to all sources, so this may very well have a lot of truth in it. With media briefings being held this coming week, it would be the perfect time to announce a new DS model. This is a rumor until it comes straight from the horse’s mouth though, so we’ll wait and see.