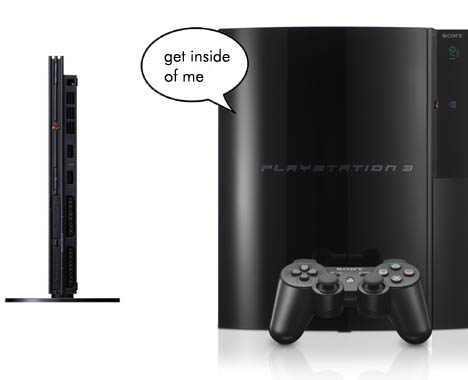 Those that were late to the PlayStation 3 bandwagon know that their shiny black console doesn’t play well with PlayStation 2 games. The word on the street is that a new firmware update will change this. Every upcoming firmware update has its fair share of rumored features attached to it, so take this newss of the addition of PS2 backwards compatibility with a grain of salt.

According to German game site InPlayStation, an October firmware update for the PS3 will bring full backwards compatiblity for PS2 games for that poor 40GB model that got left out in the cold. PSXextreme reminds us that Sony has said that they plan to make PS2 games downloadable on PSN some day, so they say that this could be a plausible rumor.

Granted, none of this is confirmed. It never is. And hearing another firmware feature is like hearing “wolf” again. But, seeing as how there are still plenty of great PS2 games hitting the market, I would really like to see this happen. What do you think?