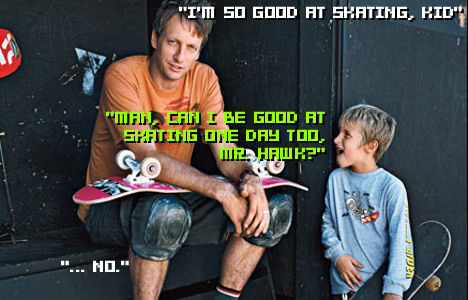 I do not understand this boarded skating that the children do, nor the videogames surrounding it, but what I do know is that a rumor has surfaced concerning Neversoft’s non-involvement in the next Tony Hawk game.

It’s not too hard a concept to believe, with Neversoft working on Guitar Hero IV which, let’s face it, is going to need a lot of work done on it to stop journalists calling it Rock Band again. Robomodo is said to be the developer behind Neversoft’s skating franchise, a team that is already confirmed to be working on an Activision-published game.

On the subject of Activision, the publisher is remaining tight-lipped about Tony Hawk‘s potential new parents. We’ll just have to wait for the inevitable confirmation either way.