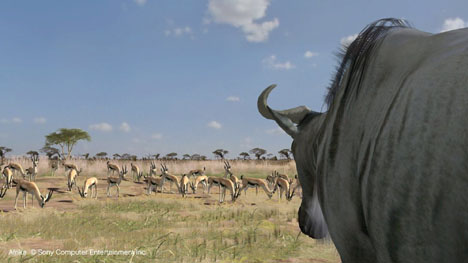 Sony’s PS3 safari title Afrika is already out in Japan, but I totally forgot all about it until I was watching Qore episode 6 this past week. The insanely lovely Veronica Belmont held up a copy in a segment shot in Japan during the Tokyo Game Show (I think she hid from me at TGS), which reminded me that I still want to play this photography/exploration title.

National Geographic let it slip in their game release schedule that they’re working with Sony to rebrand Afrika to… National Geographic: Afrika. I see what they did there. This was only a rumor until Sony confirmed to Gamzine that this game is actually Afrika.

What has not been confirmed is the release date. But, if National Geographic was right once, they might also be right about their listed release date of November 2008. Merekat photography, commence!