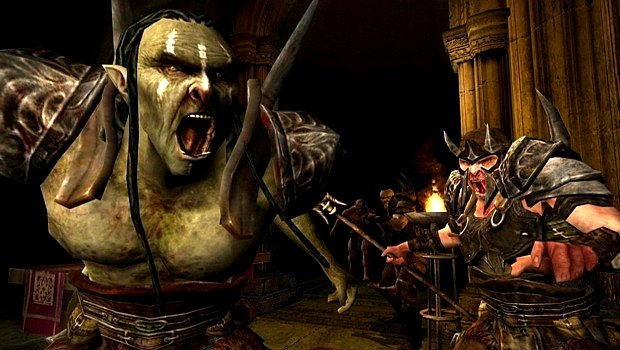 According to a reliable source, Turbine is currently eyeing their MMO, Lord of the Rings: Online, for an Xbox 360 release. The source added that Turbine has hit a snag, unrelated to the development process. Microsoft, allegedly, won’t commit to allow Turbine to utilize a free-to-play model, which is what the developer desires for the console version of LOTRO.

The good news is we’re hearing that Microsoft is close to finalizing an MMO model for Xbox LIVE. This is a model that, hopefully, won’t exclude Silver members or force Gold subscribers to pay for two services simultaneously.

We contacted Turbine today in order to obtain official confirmation of the console title. Turbine wouldn’t confirm any of the source’s information, yet none of it was denied. Our source also indicated that Turbine’s technology for a LOTRO Xbox 360 title was ready to go; the assessment that the title was done and ready to be shipped, however, was “factually incorrect,” according to Turbine.

Filed under... #Lord of the Rings#rumors