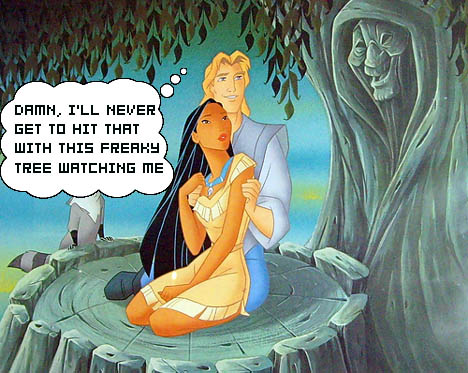 The very idea of creating your own levels in LittleBigPlanet gets the imagination going, doesn’t it? That’s the charm of the game. But imagine how much more you could do with Disney characters as props. And I’m not talking about lame, mainstream characters like Mickey Mouse, either. Get me the obscure sh*t like Toaster from The Brave Little Toaster and the talking tree from the atrocity called Pocahontas, and I’ll make a crazy ass level.

If what we hear is true, Disney characters will come to LittleBigPlanet as downloadable content. They’ll come post-release as DLC, though I’m sure they’ll leave out Meg from Hercules. Hell, I’d even take a Scrooge McDuck!

Would you get down with some Disney DLC? How much would you guess these characters would cost per download?