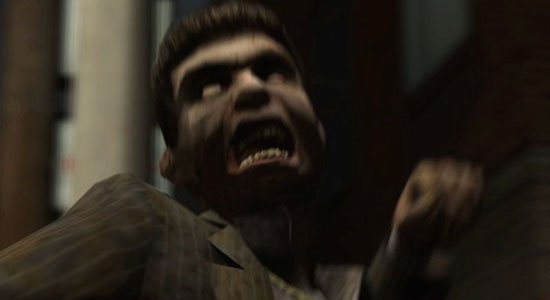 Words can’t express how badly I need to be playing Left 4 Dead right now. Turtle Rock Studios’ cooperative multiplayer survival-horror first-person shooter not only falls into more genres than you can shake a stick at, but it also looks damned good.

For now, Turtle Rock has only announced the title for the Xbox 360 and the PC. And, if you were totally hardcore, you’d at least own an Xbox 360 or a PC capable of running the game when it’s released later this year. But for you chumps who are not hardcore and only own a PlayStation 3 (note: I’m kidding here, don’t start calling me names), we have some good news — it may soon be coming to Sony’s console as well.

During the latest episode of the 1UP Yours podcast, Electronic Gaming Monthly‘s previews editor Bryan Intihar drops a bit of knowledge, saying that Left 4 Dead will be coming to the Xbox 360, PC, and the PlayStation 3. He quickly adds that while it hasn’t been announced, he knows it’s coming out.

I touched base with Bryan, and he’s sticking to his guns on this one, saying he has the information from a “good source.” He also points out that the game is listed as a multiplatform title in EGM‘s “Games of 2008” feature. The plot thickens! I’m also fairly confident the game will make its way to the PlayStation 3 — taking a title like this multiplatform just makes sense, and Valve/EA have already proven that the system is more than capable of handling ported Source Engine code.

Whatever the case, if a PS3 port keeps me from getting the game on another console sooner, heads are gonna’ roll. And I’m going to eat some developer brains.

[Update: Frenzied, we touched base with Valve Doug Lombardi who says “There is no PS3 version of Left 4 Dead announced, nor in development. Not sure how that got started.”

His answer seems pretty straight forward, but we’re still holding out hope that the game will make its way to the PS3.]