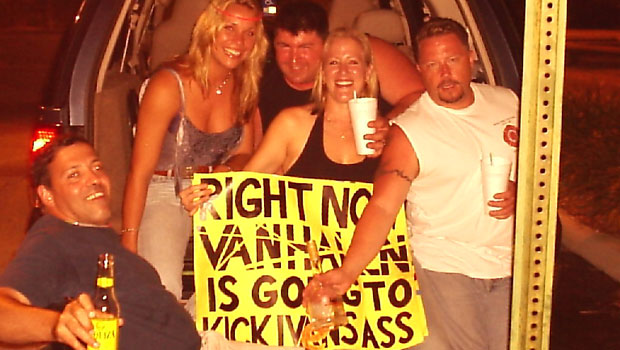 If you thought that Activision was taking this whole “hero” business a bit far, wait until you get a load of this …

A source close to the publisher tells Eurogamer that beyond what’s already been revealed for 2009, you can also expect the following (take a deep breath): Hard Rock Van Halen in August; Guitar Hero 5 in September; DJ Hero in October; and Band Hero in November. Yes, that’s four music games within four months, all planned for release on the PlayStation 3, Xbox 360, Wii, and PlayStation 2.

Our own separate sources indicated to us a few months ago that a Van Halen music game that leverages the existing Guitar Hero set up was already in the works. Additionally, we’ve heard word that this alleged Guitar Hero 5 is already well into production, and unsurprisingly has striking similarities to Guitar Hero World Tour (read: new venues, new songs, identical game engine).

But Band Hero, although trademarked by Activision awhile back, is a curious one. How that will be different from the Guitar Hero four-instrument set up remains to be seen. Keyboards? Trumpets? A kazoo? The mind reels.