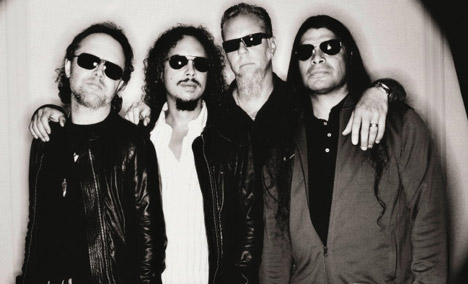 Give me fuel, give me fire, give me that which I desire … GO!

If what you happen to desire is Neversoft’s upcoming Guitar Hero: Metallica, mark this date on your calendar: March 29, 2009. That’s the street date being listed in GameStop’s POS (and on their Web site) for the upcoming title, set to hit PlayStation 3, PlayStation 2, Wii, and Xbox 360. March 29 is a Sunday, a day of the week that has been growing in popularity for game releases (see also: Guitar Hero: World Tour).

As usual, take this with a grain of salt; retailers have been known to be wrong, but street dates are usually a pretty good indication of accuracy. The real question here is, how does Activision expect to compete with itself by releasing Monsters and Aliens on the same day?

[Update: Score yet another spot-on release date for GameStop; this isn’t a rumor anymore. Metallica themselves have confirmed the game’s North American release date to be March 29 for the PlayStation 3 and Xbox 360. The Wii and PS2 versions will be released some time later in the year, likely May.

Europeans will have to wait for all versions of the game, schedule to drop sometime in May, which lands right smack in the middle of the band’s European tour.]