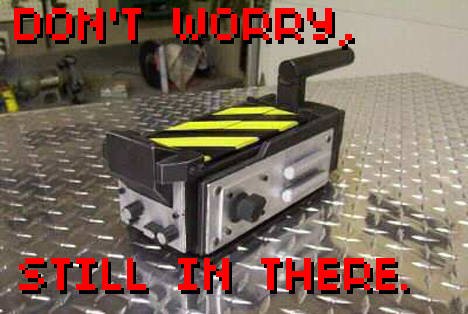 The latest release schedule from Activision Blizzard has just been submitted and there are two glaring absences: Ghostbusters and Brutal Legend. Gamesindustry.biz is reporting that they’ve been canceled, but let’s all just take a deep breath for a moment.

Our sources have received word that Ghostbusters is still in production, so that’s some good news. There’s still no firm confirmation regarding Brutal Legend, but it had a pretty reasonable amount of hype going and it’s hard for me to imagine it has been canned. Doesn’t mean it hasn’t, but I’d take this all with a very large grain of salt.

If I were forced to speculate (and I am) I’d suspect that this is just something that’s been overlooked due to the complexities of the merger between Activision and Blizzard. I’ve heard stories of an entire studio being forgotten about in the shuffle of paper that’s been going on, so failing to mention a couple of projects isn’t all that surprising.

Still, I’m going to sleep a whole lot better once we hear that Brutal Legend is still in the works. I’d hate to see Tim Schafer sad.

[UPDATE: We have a quote from the Sierra PR team regarding Ghostbusters: “It is not cancelled and will not be canceled.”]

[Via Gamesindustry.biz — Thanks, Joe!]