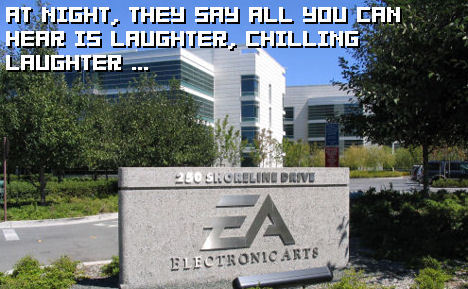 If there’s one thing that I’ve noticed recently, it’s how the gap in price between certain new and used games is considerably small. It’s a trend also noticed by a writer on Xbox 360 Wire, who noticed that a new copy of Battlefield was priced at £39.99 in GAME, while a secondhand copy was only a few quid cheaper at £37.99. Putting on his journalism hat, the writer inquired a store clerk, who eventually made a surprising revelation.

According to the GAME employee, Electronic Arts is able to forbid the retail chain from independently setting its own prices for used games. EA sets the (high) price for its own games. This allows EA to keep its game prices artificially high, and of course, drive consumers to purchase a brand new copy of the game — after all, with only a few pounds’ difference, who’s going to buy a potentially scratched and urinated upon version of Battlefield?

Price fixing of this nature is not only a shady practice, but is downright illegal in the UK. We do stress that this is ONLY a rumor and is based on what a GAME employee supposedly said. IF it’s true, it remains to be seen if this is only a special arrangement between EA and GAME, or if other stores and publishers are up to the same shenanigans. As I say, the price of secondhand games certainly seem to have gone up recently, and even I have found it “more economic” to surrender a few quid’s difference for a pristine version of the game — it’s a marketing strategy so flawless (save for the legal part) that it must definitely have been considered by publishers.

True in this case? Impossible to say for sure, and you can guarantee that EA won’t ever say “It’s a fair cop son, we’re guiltier than the McCanns!” It wouldn’t shock me if it turned out that someone in the industry was pulling strings in the secondhand market, however.