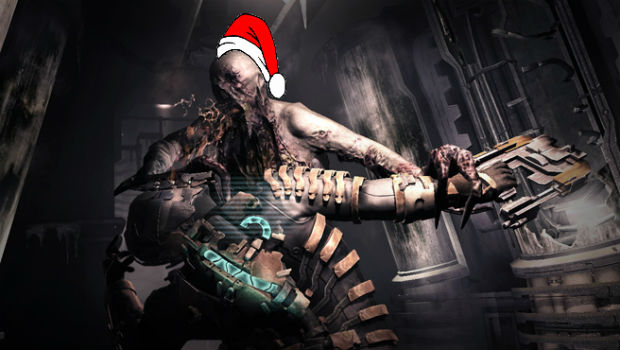 I love me some Dead Space, even the first games did take a few years off my life, from both stress and anger. I’m good and ready for a third game, but we have yet to hear a formal announcement. You know they’re making one, though. And if this leaked information is true, Dead Space 3 will take place on a frozen planet called Tau Volantis.

The following details come directly from Siliconera. They took it from a reliable mole:

Early in Dead Space 3, Isaac crash lands on the planet. He believes he may be the only survivor and makes his way to an abandoned waystation, which he uses for shelter from the snowstorm. There he finds a survivor who is severely injured. Isaac speaks to the near dead comrade who reveals there are other survivors that trekked off to another facility. One of them is Ellie, a key character from the original Dead Space game. Isaac grabs a snowsuit and heads into the blizzard.

Later in the game, Isaac reunites with Ellie and a new character named Jennifer. The trio scale a mountain, but Jennifer is reluctant to do so. She’s a tech type excited over finding a codex and plans to reverse engineer research by a group called Rosetta to gain access to it. As they climb up the mountain, they hear a howl from below, but cannot spot what kind of creature made the sound.

Oooh! Sounds good. A change of setting always somehow ends up in the snow, but that’s good by me, especially in the Dead Space world. But if we’re on the ground on some planet, that means no more gravity play. Hmm. And snow with spacey stuff may look a bit like Lost Planet. Sh*t, did I just talk myself out of an anticipated sequel?

Nah! Let’s hope this is true.