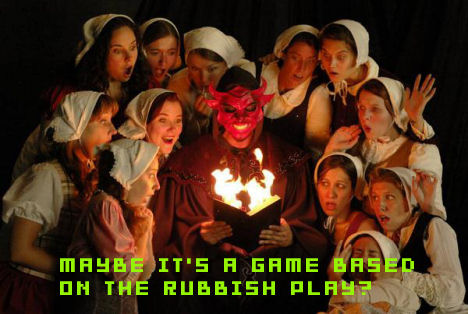 Over the weekend, a video for something called The Crucible appeared that was rumored to be a Silicon Knights/Sega collaboration. Yesterday, Sega denied those rumors. Today, we have even more rumors concerning the brief slice of footage that has generated more discussion than it possibly deserves.

Kotaku claims that The Crucible is the work of Big Huge Games and former Oblivion designer Ken Rolston. If true, this would be a THQ-published project for the PS3, Xbox 360 and PC in 2009. According to the rumor, the footage unearthed represents an “absolutely archaic” build that has been improved upon by “orders of magnitude” since it was made.

I hope this rumor is false and it actually turns out to be the highly anticipated sequel for Limbo of the Lost.

[Thanks to Brad Nicholson for the tip!]