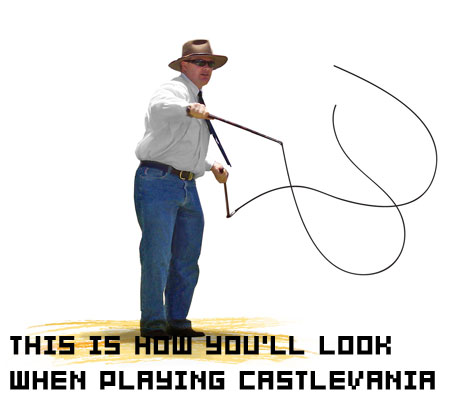 Rumors have been flying around recently about a new Castlevania game popping up. First, we got word about Konami trademarking “Castlevania: Judgment” soon after the Order of Ecclesia trademark was found out. Next, there’s some leaked screens that are supposedly from the next Castlevania DS title.

If you take a look at the title screen, there’s a “Wii” option above the game start menu. While that’s not proof-positive, this bit from CVG points out a bit of PR for the upcoming manga based on Castlevania: Curse of Darkness done by Kou Sasagura and being published by Tokyopop.

Cross-promoted with the 2008 video game releases, which include games for the Nintendo Wii and DS (Fall 2008)

That says a bit more about things, now doesn’t it? At the very least, we have two upcoming Castlevania games this year. If “Judgment” is in fact a totally different game, we’ve got first word on a third title being cranked out. Speculation is go!