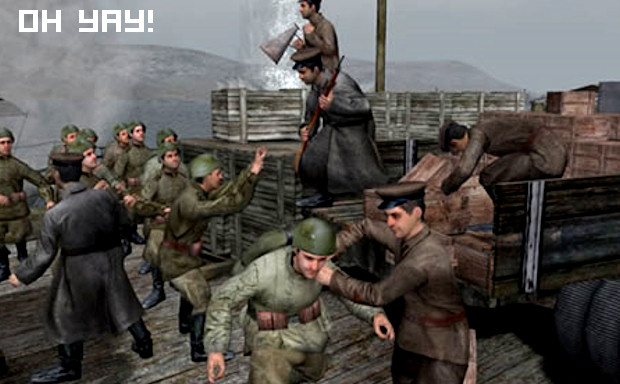 Modern Warfare 2: Hardened Edition will come with Call of Duty: Classic, a reissue of the very first CoD game that could be made commercially available as a standalone download. If a UK online listing for Hardened Edition is to be believed, we may have found out how much the game will cost if/when it’s distributed on its own … and it’s not pretty.

Play.com, when listing Hardened Edition‘s special features, states: “Equivalent DLC value 1200 MS points (£9.99).” This is in reference to CoD: Classic, and seems to hint at the official price point. Until evil publisher Activision sends a diabolical press release, this is conjecture for now. However, the day I spend fifteen bucks for a downloadable PlayStation game is the day I start poking my frenulum with hot needles.

We don’t yet know for sure if the original Call of Duty will hit PSN or XBLA, nor do we know for sure if 1200 Points will be charged. However, this is Activision, the horde of the damned. I’d say there’s meat on the bones of this rumor.