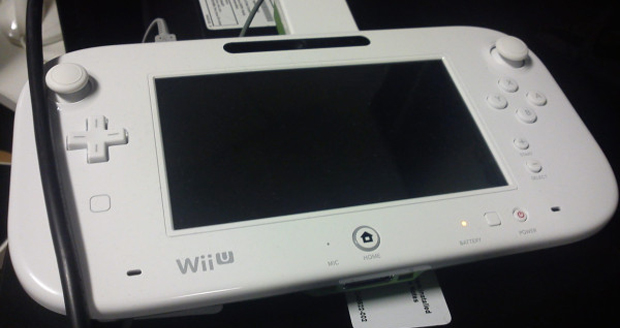 E3 is just a few weeks away. Everything that is going to be at the show already exists somewhere, right at this very moment. It’s just a matter of time before wee see it all.

It looks like one surprise of the show may have leaked early. From the looks of it, the Wii U controller has gone through a few changes since last year. The first thing that jumps out at you is those analog sticks. You nub-haters out there must be pretty psyched.

We’ve attached a shot of the Wii U E3 2011 controller for comparisons sake. You’ll see that there are a few other changes, like an added logo, and new placement for a few buttons. It looks like Nintendo might have taken consumer feedback into account with this redesign. Lets hope those changes are for the better.

Of course, what really matters is the games. If a leaked photo of a new Wii U controller can leak, that means screens or video of new games (like Rayman Legends) might not be far behind. We’ll be keeping our eyes peeled for just such an event, so stay tuned.