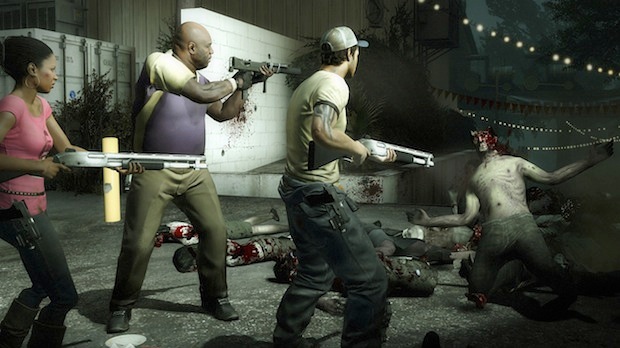 Some Left 4 Dead 2 demo code diggers may have stumbled upon the name of two downloadable expansions for Valve’s upcoming ZFPS.

Tucked in the demo code are a couple of illuminating messages used after the game boots people out of online matches for not having required content. As such, the two messages name the two bits of content needed to in order to play — the “Miracle Pack” and the “Apocalyptic Pack” — and even advise that the person download the vital expansions from Xbox LIVE Marketplace.

“You were kicked from the lobby because downloadable content was selected.\n,” one of the two messages reads, according to a post on the Rage3D message board.

We’ve no doubt Valve plans to support L4D2 with downloadable content, but we can’t confirm at this time that (1) these files exist and (2) if these are indeed the real names of any unannounced bits of DLC. Chances are we won’t know until after the game launches, but then again, we’ve received DLC news before game has hit retail in the recent past. We’ll let you know when we know.