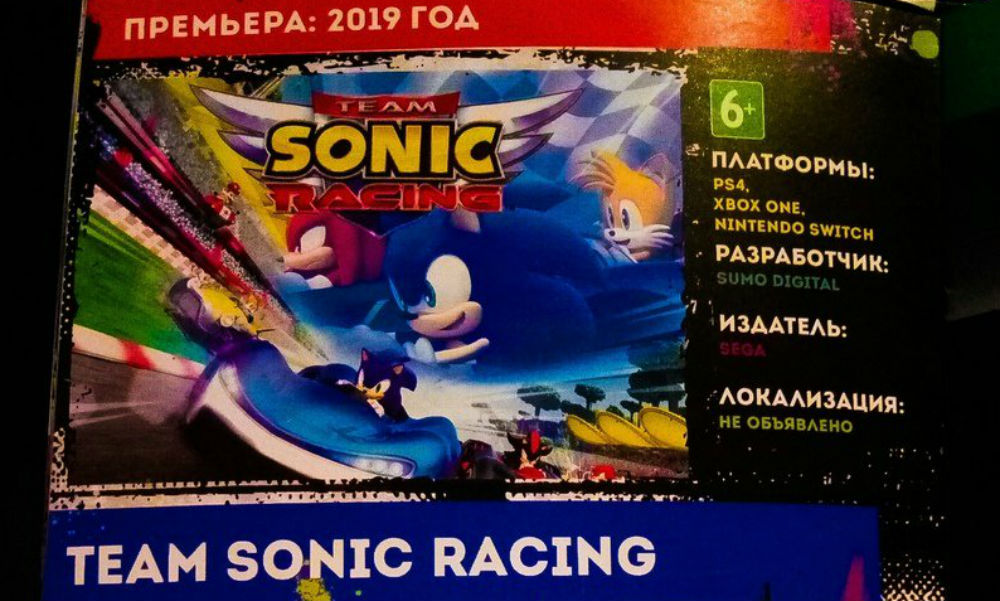 It was supposed to arrive this year

Team Sonic Racing was originally slated for winter 2018, but that may have changed based on a booklet distributed at the IgroMir Expo in Russia. According to an attendee the booklet notes that Team Sonic Racing is now due in 2019. It could be an error of course which is why we’re running this as a rumor, but either way we’ve reached out to Sega for confirmation.

There’s a lot (literally) riding on Team Sonic Racing. Right now Mario Kart 8 is the king of the kart genre, but given how good Sonic & All-Stars Racing Transformed was back in 2012 (read: better than most Mario Karts to date), I have faith that this will deliver.

Six years is a long time for a follow-up and if Sega and Sumo Digital need to wait until 2019 to fully polish it off: so be it. The space could use more competition and concepts like the time-delayed destruction of the brilliant Skies of Arcadia track in Transformed will help keep Nintendo on their toes.