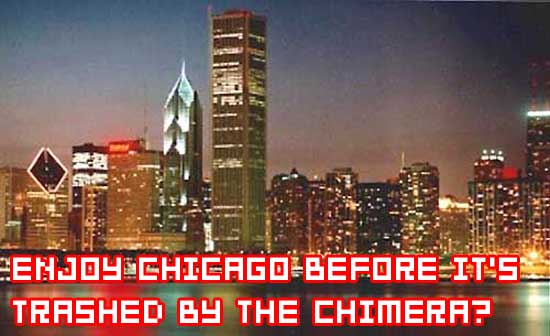 We don’t know who this Surfer Girl thinks she is, but she’s convinced us to subscribe to her RSS feed … even if she might be pulling this stuff out of her a** (which remains to be seen). In the meantime, we’ll play along with her little game, and pass along her latest bits of videogame related information regarding Insomniac Games’ unannounced (but obviously, and likely) Resistance: Fall of Man 2.

According to the Surfer Girl, the sequel will take place entirely in the United States, save for the first and last level. The protagonist (who may or may not be the first game’s hero, Sgt. Nathan Hale) deals with those nasty Chimera, this time in locales such as San Francisco and Chicago. Allegedly, vehicles will be included in the multiplayer this go around, including air vehicles. She also notes that the third game will end as a cliffhanger.

With this one, Surfer Girl is reminding me of Dionne Warwick and her psychic friends, dealing in generalities and obvious assumptions. We’ll check in with Insomniac Games to see what they say about this one, but chances are we’ll be met with blank stares followed by suspicious laughter.