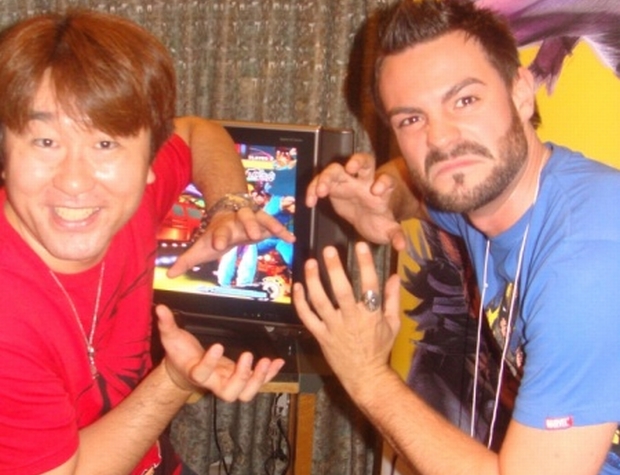 A Gamepro Germany writer took a picture with Street Fighter IV’s Yoshinori Ono doing some Hadoukens during TGS this this past week. Nothing strange about that at all. But look in the background. See the TV? That’s T. Hawk! Also, notice the image on the bottom there? There’s a giant S behind the Street Fighter IV logo, possibly standing for “Super.” As in Super Street Fighter IV.

If you haven’t been keeping up, there’s been a bunch of talk about a supposed new Street Fighter IV expansion/sequel on the way and this just adds more fuel to that fire. Not only that, but as EventHubs pointed out, Capcom-Unity’s Twitter mentioned that we might be hearing some new info in relation to Street Fighter IV this Monday.

Hopefully Capcom comes clean on what this is all about soon. Until then, is anyone really that excited for T. Hawk?