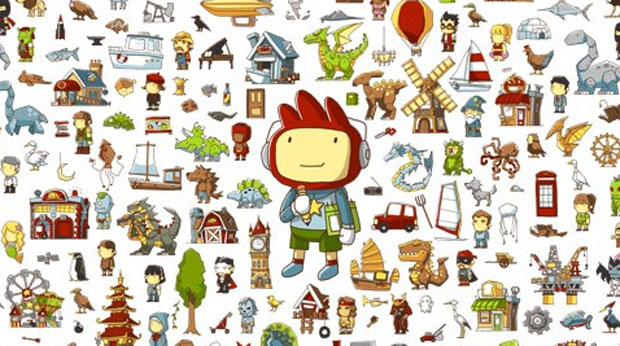 If the latest gossip is to be believed, Scribblenauts is going to become a franchise, and it will do so as early as next year! Warner Bros. accidentally let slip its list of 2010 games, with Scribblenauts 2 revealed among them. Not only that, it will expand beyond the DS to include both a Wii and PC version as well.

As well as Scribblenauts, the other big leak was F.E.A.R 3, the follow-up to the rather awesome F.E.A.R 2 that released earlier this year. Batman: The Brave and the Bold is also listed for DS and Wii, along with a bunch of licensed properties and silly casual titles that nobody cares about.

Scribblenauts was a good game with a promising premise, let down by bad controls and shoddy physics. If a sequel could fix that, it may be excellent, but the overall gimmick will have lost its novelty value. It will be very interesting to see what, if anything, can be done in the sequel to make it worth a return trip. As for F.E.A.R 3, the last one impressed me enough to keep me moderately excited.

What about you? Do these sequels sound like good ideas, or should Warner Bros. focus on something more original?