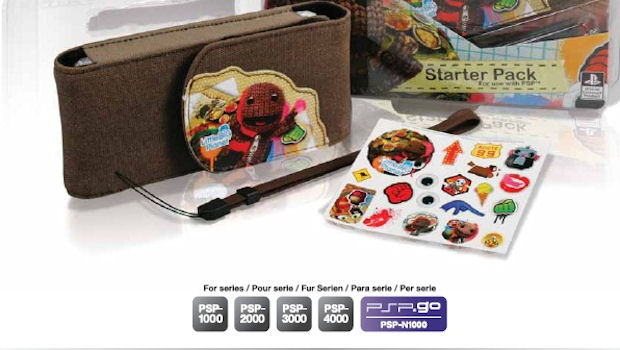 A new ad for LittleBigPlanet PSP accessories has made reference to a PSP-4000, leading to speculation that a brand new PlayStation Portable is in the works. The ad is about a range of LBP-branded items for your PSP, and the 4000 model is quite plainly mentioned.

On its own, this would be considered a printing error or forgery. However, add to this the fact that rumors have been circulating for a while concerning a new PSP with a returning UMD drive, and you have yourself a very tasty foundation upon which to build your gossip mountain.

A new PSP with a UMD drive would pretty much confirm the PSPgo as a failed experiment, and it’s sure to be better than that ill-advised piece of kit. That said, do we really need a fifth PSP model? That would be taking it too far, and I think we’ve gone far enough already.

What do you reckon? Could the market stand to have another PSP?