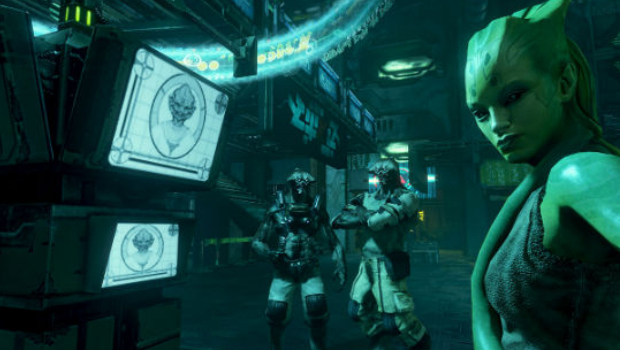 Yesterday, Bethesda revealed that Prey 2 had been delayed because development was not meeting standards. However, a source within the game’s studio has claimed that Human Head deliberately halted production, attempting to get a better contract from the publisher.

Human Head was apparently unhappy with the deal ZeniMax had offered and allegedly stopped working in November. It had to lay off many staff members in the process, but hoped to rehire them once a new contract had been arranged. Apparently, negotiations looked favorable before March 2, when things went downhill. Beyond that, there’s no clue where the situation lies.

ZeniMax has refused to comment on the situation, sticking to the line that Prey 2 was unsatisfactory and had been delayed to meet “quality standards.” Until a named source says otherwise, this is firmly in the rumor camp.

Nevertheless, a few commenters were surprised that any game could fail to meet with Bethesda’s standards, given its tendency to release buggy titles. The unusual “quality” reasoning certainly makes this rumor seem more credible. You should have chosen something more believable, Bethesda!