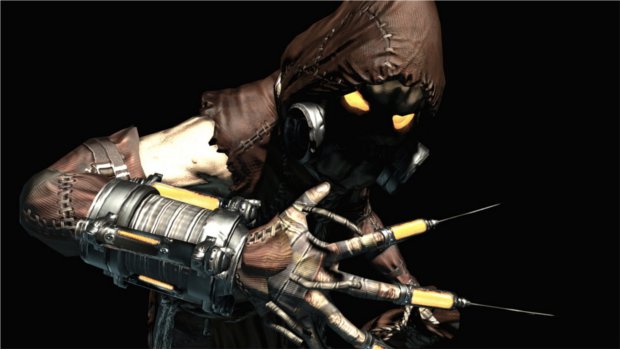 The handful Fear Toxin induced hallucinations and psychological presence of Scarecrow in Batman: Arkham Asylum was perfect for the character. It also made for some fantastic in-game moments. However, it seems Rocksteady is not content with what they’ve done with the character.

Despite announcing that nearly every Batman villain imaginable would play a role in Arkham City, Rocksteady’s Paul Crocker has cast a bit of doubt on Scarecrow’s involvement: “In Batman: Arkham Asylum we had the whole Scarecrow thing, and we didn’t want to do that again we wanted something different.”

It’s unclear what, exactly, this means for Arkham City. Will Scarecrow play a more active role – much like the Riddler – or will he even be present in the game? Either way, I’m sure Rocksteady know’s exactly what they’re doing. I trust them to not remove one of Batman’s most intriguing foes.