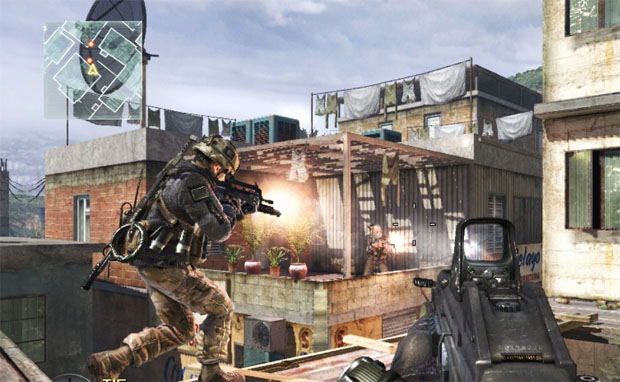 The Call of Duty franchise is already split between two studios, Infinity Ward and Treyarch, but an LA Times report seems to hint the series may soon be taken roughly by a third. The report also claims that an MMO based on the Call of Duty universe is being considered.

“As Activision seems to be discovering this year with Guitar Hero, there’s danger when a title is overexposed with too many iterations,” explains the report. “Nonetheless, the publisher has aggressive expansion plans for Call of Duty. Although Infinity Ward and Treyarch have produced sequels in alternating years since 2005, the publisher now has a third development studio working on future versions.

“One person close to the company said it also was considering adapting Call of Duty as a massively multi-player online world. The genre, in which Activision’s Blizzard Entertainment subsidiary is a leader, requires huge upfront investments but can be very profitable as players pay a monthly subscription fee.”

Talk of a Call of Duty MMO is nothing new, although the idea of a third studio creating games is interesting. Perhaps the third studio can do ones set in the future or something. It’s bound to happen sooner or later.