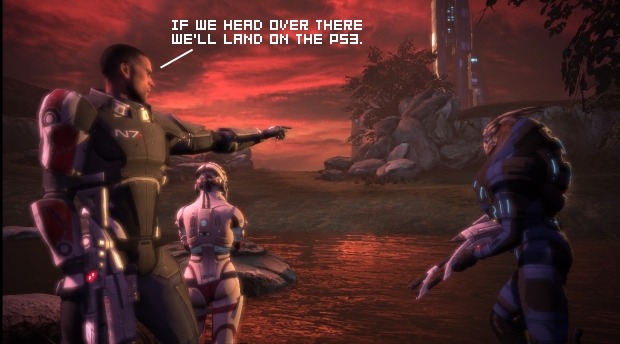 There are a lot of times when you hear a rumor about a single platform game going multiplatform and you brush it off as the desperate gasping of those who only own one system really wanting the other system’s exclusive game. However, the talk around Mass Effect 2 coming to the PS3 seems to have some actual bite to it, especially when BioWare pretty much said they could do it if they wanted. With that in mind the fact that two separate Web sites are listing the game on PS3 has a bit more weight to it than usual.

The game has been listed as on the PS3 at both the Australian version of Game’s Web site and EA’s Russian site. On the sidebar there. See it? Don’t worry, it took us a while as well. Now these things are usually simply stupid mistakes, but we love to fan flames like none other. What PS3 owners are going to bite here and start getting excited? If it is true one must wonder if it will land at the same time as the PC and 360 or if it will be a delayed released.