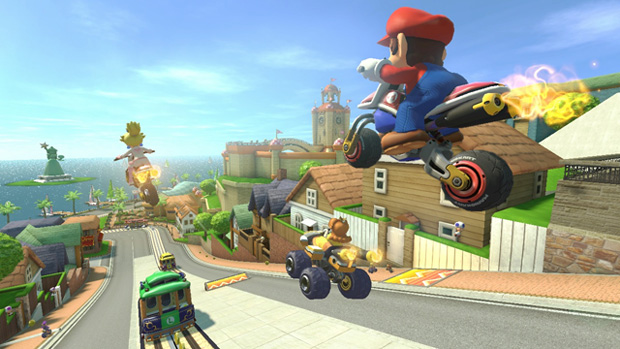 After Wii Sports, which had the benefit of being bundled with all non-Japanese Wiis for the longest time, Mario Kart Wii is the best-selling game for Nintendo’s white wonder — it’s moved over 34 million units as of this past December. If ever there was a title that could kick the flagging Wii U into gear, a new Mario Kart would be it.

We’ve known since E3 that Mario Kart 8 would miss the holiday season, leaving Wii U in the hands of Pikmin 3, Super Mario 3D World, and a bounty of others. No definite release date outside of a nebulous “Spring 2014” was given, but a possible slip-up in a recent Nintendo of Europe newsletter pegs the month as April. This tidbit comes from Twitter user DeSero, who uploaded a pic of the email Nintendo supposedly sent out.

MK Wii also released in an April, so this news sounds pretty legit to me. I wonder why Nintendo couldn’t get this out in time for Christmas, however. Wii U needs all its big guns out yesterday.