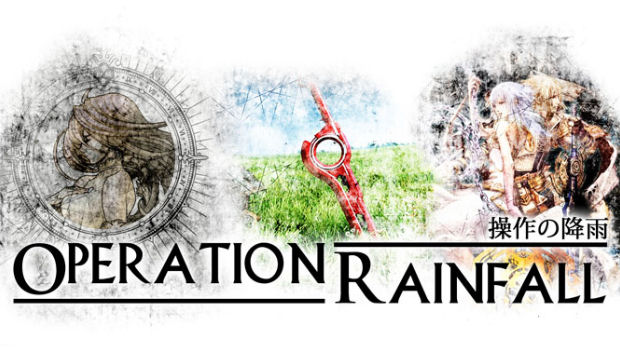 Operation Rainfall, a group dedicated to the seemingly impossible task of giving the Wii more than four games this year, has declared potential victory. According to a “source” at Nintendo, both Xenoblade and The Last Story are already prepared for a North American release.

“According to our source, The NSTC version of Xenoblade was completed just over a month ago, while testing for the PAL and NSTC versions of The Last Story could begin in a month,” claims the Operation Rainfall frontpage. “There is currently no word on localization for an NSTC version of Pandora’s Tower.”

An interesting rumor, although I won’t buy it until Nintendo of America comes out and says it. It’d be quite interesting if true, however, that a publisher would sacrifice good grace with its community just to keep an announcement secret until some arbitrary later date. Either that, or the backlash NoA got was of an unexpectedly torrential nature and it’s changed its mind.

Anyway, we’ll just have to keep holding out. I’m still skeptical that Nintendo of America has a working brain anywhere in its offices, but you never know!