Both Square-Enix and Nintendo have been awfully quiet lately

[Update: Perhaps unsurprisingly, EB Games Australia has claimed via its Twitter account that KHIII was never listed for pre-order and that the image is fake.]

EB Games Australia recently listed Kingdom Hearts III on its web-store for $119.99 (placeholder price), before taking it down immediately after. Unfortunately, when you put something out on the internet, it can not be undone. Also listed, but not taken down, were The Legend of Zelda: Breath of the Wild and Just Dance 2017, also at the $119.99 placeholder price.

Additional signs that the rumor may be true are that Square will work as a third-party publisher for Nintendo with Dragon Quest XI and a Dragon Quest X port are already confirmed, as well as a lack of both NX and Kingdom Hearts III information lately (in particular at E3 2016). 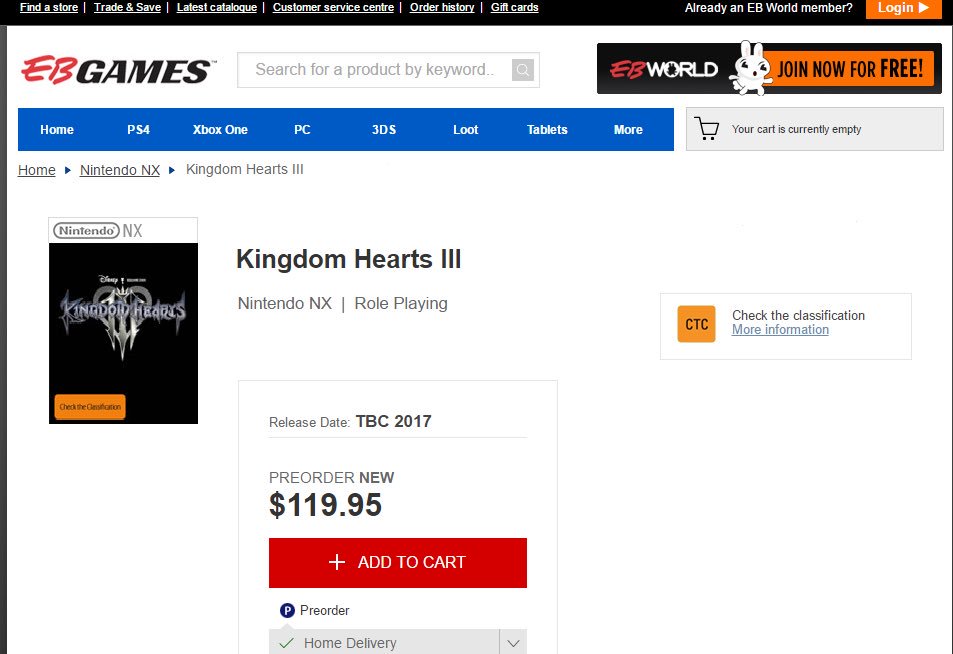