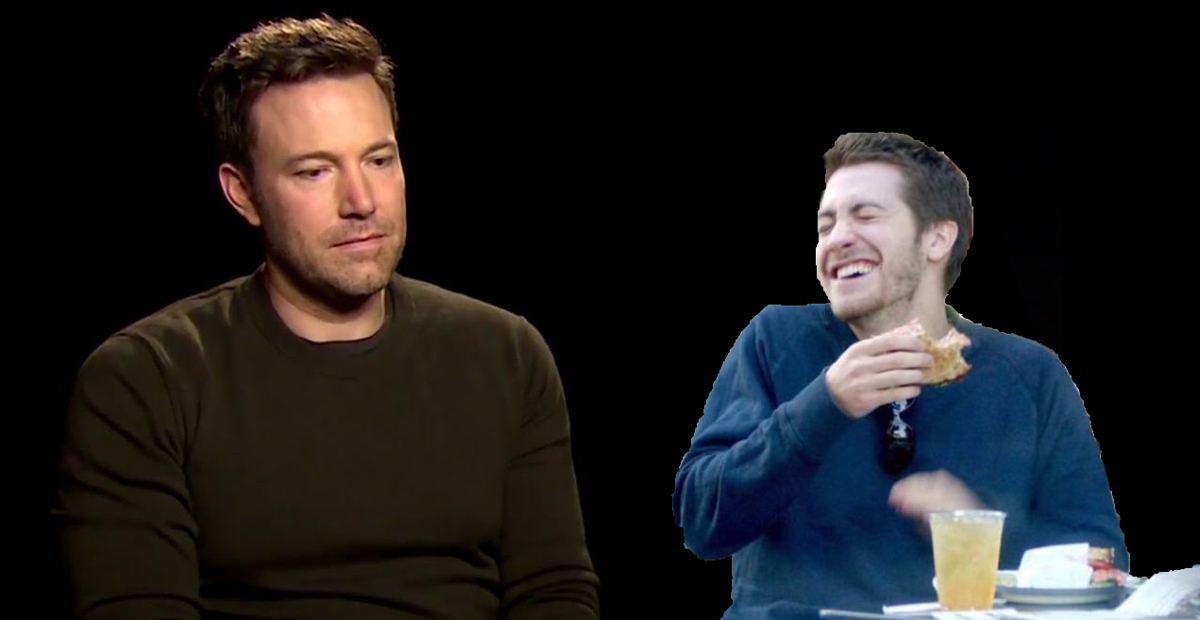 (Note: I’m referring to Gyllenhal’s creepy turn in the film Nightcrawler, not the X-Men character. I suppose explaining a joke means it’s not a good one, but here we are.)

It’s been pretty clear that Ben Affleck hasn’t been having as much fun playing Batman as he thought he would. First he was all sad, then he got kicked off directing duties of his own character’s film, then his screenplay for that movie was thrown out by new director Matt Reeves, and then he basically told everyone he was done by stating he’d like to “make a cool exit” from playing the character. Nothing is confirmed, however, and at other times Affleck has said he’d like to star in The Batman, the next Batman film.

That means we may need a new Batman, and a rumor has cropped up that Reeves wants Jake Gyllenhaal to take over the role. This is obviously really far from confirmation at this point considering everything going on and Justice League having not even opened yet, but reports also say that Reeves met with Gyllenhaal recently and the two talked about something. Maybe it was the best hair stylists in Hollywood, but maybe it was about Batman. We just don’t know.

After Heath Ledger I swore I’d never judge a casting choice again when it comes to comic book movies, but here’s how I’d really like for this to play out: both actors stick around. The Batman will be a year one take with Gyllenhaal playing young Bruce Wayne, narrated by Affleck as a flashback. This sets up a trilogy of Batman films covering the 20 year span before BvS. By the time that trilogy is done, ol’ Jakey-poo is old enough to play older Batman in Justice League movies. Up until that moment Affleck plays Batman in all “current” timeline films acting in the same respect as RobertDowney Jr./Iron Man does in the Marvel universe.

This of course would take planning, strong direction, and a desire to take risks. WB and DC have proven they lack most of those things so I don’t think it’s going to happen, but a guy can dream.