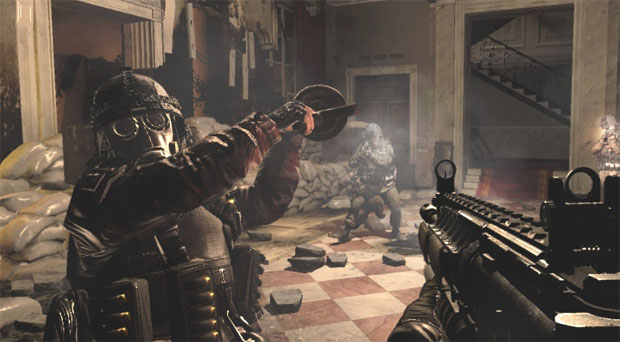 The ghost of dedicated servers continues to haunt Modern Warfare 2, as the flawless IWNet has been apparently struck down with a Trojan virus. Infinity Ward’s replacement for dedicated servers has allegedly been hacked by a nefarious MW2 clan who are using a mixture of DLL files and guest clients’ open ports in order to spread the Trojan to those who log into IWNEt and play the game.

There is a chance that it’s simply an Antivirus program picking up something benign. Tech savvy gamers are trying to find the root of the issue, but there is a fear spreading, and people are warned to be careful when playing Modern Warfare 2 on a PC.

Real or not, this is not something Infinity Ward will live down easily. After promoting IWNEt as a better alternative to PC gamers’ beloved dedicated servers, the last thing IW needs is a Trojan infesting the service. Still, that’s what happens when you spring a whole new service on people a month before a game’s launch. While I may not fully support all the complaints and boycotting over MW2, I can certainly agree that this is very shoddy stuff indeed.

There is a lot of egg on the faces of Infinity Ward spokesmen today, methinks.