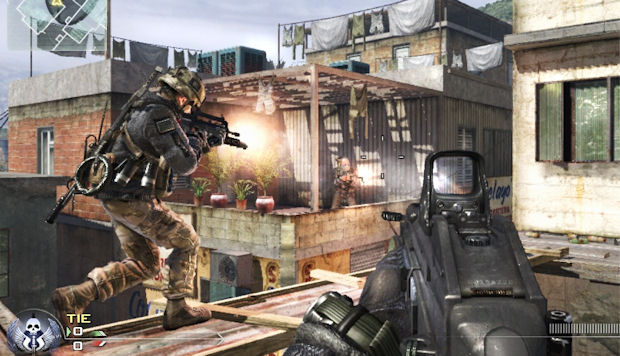 Following on from today’s rumor that Infinity Ward is working on a secret project and can’t commit to Modern Warfare 3, some more gossip has found its way into our ears that might shed a little more light on the situation. According to our industry sources, Infinity Ward’s new game will be an MMO.

We’ve gotten word that IW is hiring people from Sony Online Entertainment, one of which may be the lead designer of EverQuest II, and that a member of Blizzard employees may also be involved to help Infinity Ward get this new title off the ground. Our Intel seems to indicate that Call of Duty will continue as an annual franchise while IW runs this MMO alongside it.

It’s not yet known if this MMO is based in the Call of Duty universe, although word of a CoD MMO has been floating around for a very long time. In any case, this is nothing but speculation at the moment, thought it’s very interesting speculation indeed.