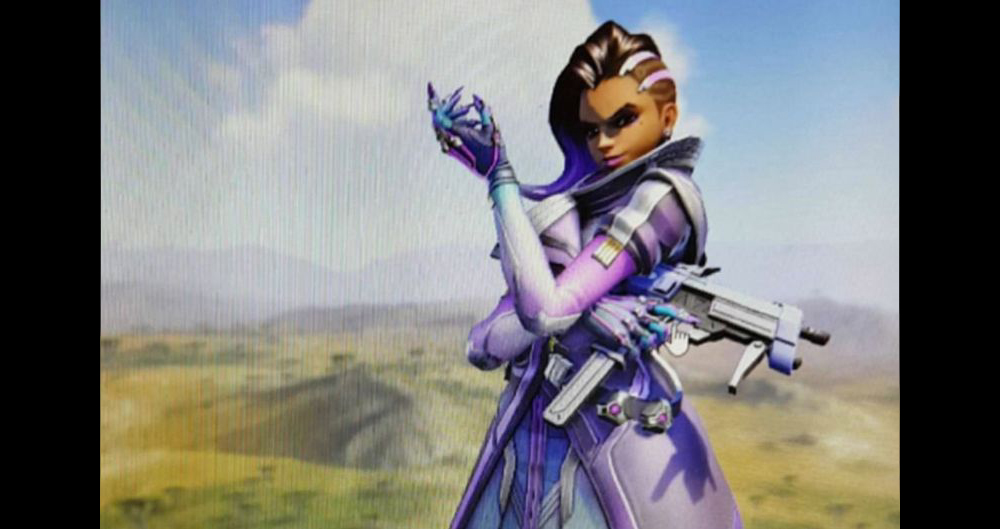 No one can hide forever

For months, Overwatch fans have been piecing together information about Sombra, a shadowy hacker who will apparently be the twenty-third hero to join the roster. There have been hints and clues left in game files, and an augmented reality game that has ties to the character has been a popular topic of discussion on message boards.

Earlier today, images of the new character may have leaked out online. This tweet from @AllGamesDelta shows an olive-skinned female in a purple trenchcoat, cradling an Uzi-style semiautomatic weapon under her left arm.

The figure appears to have wires running to both gloves, though their purpose is anyone’s guess. She’s also shown with some munitions on her belt, similar in appearance to Tracer’s Pulse Bomb. One of the popular theories about Sombra is that since she’s supposed to be a hacker, she might have some sort of short range electro-magnetic pulse as part of her kit.

A later tweet from @sssniperwolf looks to confirm that this is indeed Sombra, comparing the posted model’s design to official art released by Blizzard.

While I’d be happy if Sombra finally drops, I really just want Blizzard to flip the switch on its Halloween content, already. I can’t wait to fly Witch Mercy around dodging Zenyatta pumpkin bombs.