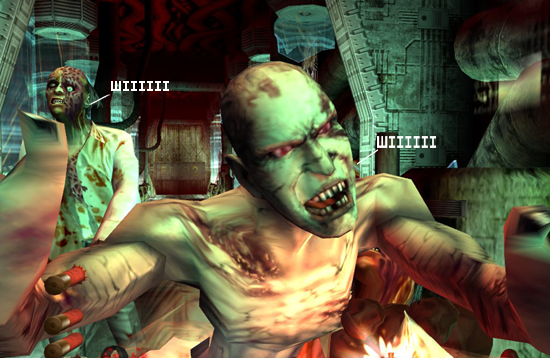 GameFly let slip that House of the Dead 2 & 3 will be coming out for the Wii at the end of March next year. Although Sega hasn’t even announced that they are working on the game, GameFly has rarely ever been wrong.

House of the Dead 2 & 3 would be a perfect fit for the system. Sega is also releasing Ghost Squad soon and the Wii does need a lot more Zapper support unless they want to pull a Super Scope again. Although, if I had a choice between this and Resident Evil: Umbrella Chronicles, I’d go with Resident Evil as my zombie shooter of choice.