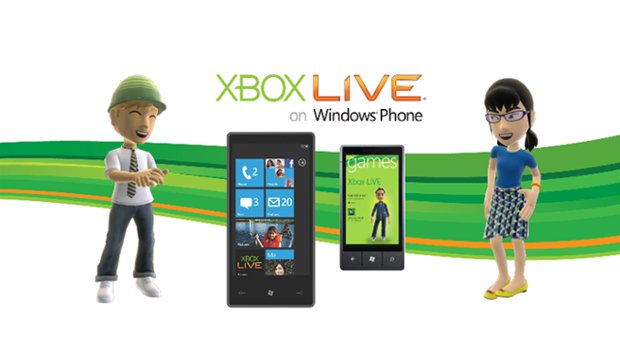 Windows 8 comes with the promise of improved PC gaming; Microsoft has been far from shy about that. They’re continuing the trend started in 7 by further optimizing the OS for games. Given the company’s recent push towards brand unity, many made the logical leap to Xbox 360 games on PCs — why not, right? Last week, however, Microsoft confimed the presence of Xbox Live titles in Windows 8 along with the entirety of the Xbox Live experience. Sadly, no support for Xbox discs.

Another area that may be getting some gaming love is Microsoft’s phone division. A patent arose on Friday concerning a new Windows Phone with swappable pieces. The included diagram shows a slide-out keyboard with multiple variants including a gamepad. We’ve seen how well a gaming-centric phone can do thanks to Sony’s Xperia Play or the NGage before it, but it’s exciting nonetheless.

Obviously this brings up the topic of gaming on a smartphone. Microsoft has always steered clear of the handheld gaming market and opted NOT to develop an Xbox Portable. With the rise of mobile gaming via smartphones however, it would only make sense that they fully integrate Xbox Live into their phones. Live already has a home on Windows Phone 7, but it’s far from complete.

The question then, is what form Xbox Live will take on the next wave of Windows Phones. With Microsoft continuing its focus on brand unity, and smartphones continuously taking a sizable bite of the mobile games market, what can we expect to see?

With increased brand solidarity comes the hope (more of a dream) for cross-platform play amongst consoles, PCs, tablets, and Phones. Last month Microsoft  announced what they’re calling “Fast Async,” a feature of Windows Phone’s upcoming mango update that will allow for asynchronous multiplayer across all Xbox Live platforms with each player being notified of their turn on their respective devices. If you’ve ever participated in a play-by-post RPG on a forum or hotseat multiplayer in Civilization, you get the gist.

Mentioning that we won’t be playing Gears of War 3 on the next generation of Windows Phones seems like a foregone conclusion, but the rumors are there. The Wallstreet Journal’s Market Watch, for example, has matter-of-factly stated that “Microsoft will create tie-ins with the Xbox, such as allowing players to continue console games on their phones and to use their phones as controllers for their consoles.”

It’s hard to imagine the experience of a full console game on a smartphone, and odds are we won’t find that in Xbox Live on Windows Phones, but it’s an interesting future to think about. With the Wii U and Playstation Vita streaming HD video from a console to a handheld, an all-purpose device with the same functionality could, theoretically, level the field. Thinking forward a bit more, it could be a wonderful little foundation for Microsoft’s next home console.