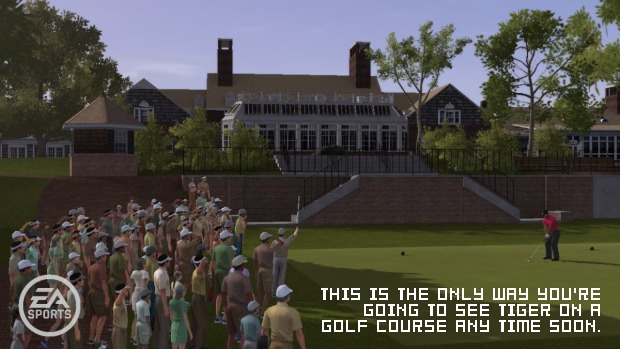 Rumor has it that after the airing of South Park‘s season premiere EA Sports is getting ready to sue the show. The episode revealed the next Tiger Woods game to be a simulation of the night Tiger’s life started to spiral out of control in front of everyone in the country.

Above is a brief snippet from the episode that we highlighted in Weekend Destructainment, and as you can see it’s hilarious. However, a source from inside EA reportedly told Daily Informer that “soon after the airing of the episode the top beef were called in, even Peter Moore was informed of the situation.” Their source went on to admit that he/she finds the episode funny, but that there are copyright infringements throughout it and a lawsuit could be pending.

Trey Parker and Matt Stone, creators of South Park, have faced off in legal battles against far scarier opponents than EA, so even if this is true I doubt they really care. We’ve sent word in to EA for confirmation.