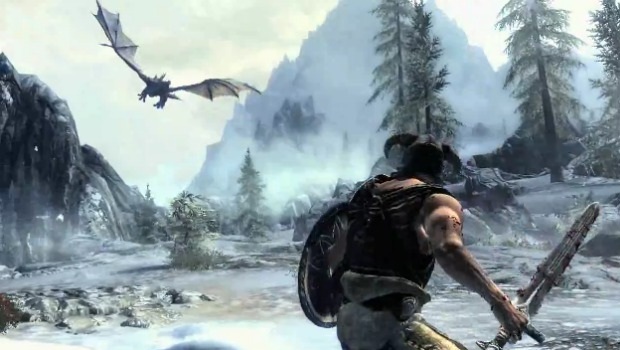 With Dawnguard and Hearthfire well out of the way, it seems that we’re due for some Skyrim DLC, right? That is, unless you’re a PS3 user. Well, some crafty PC players from the Bethesda forums looked into the files of yesterday’s Skyrim beta update and found something worth of note. Particularly, some keywords found in the filenames include “DLC2” and “DragonMounted.” Okay, that second one has me standing at attention.

People are speculating the new content will be titled Dragonborn (as hinted, again, by the filenames), will include dragon mounting, and might even take you to Morrowind. This just gets better and better, right? Four new armor names have been found as well. Hearthfire had similar rumors about its release beforehand, and they ended up coming true. I’d imagine the same could be said here, but only time will tell.

Oh, did I mention there’s talk that you can shoot spells from the back of a dragon? I’ll just let that one sink in.