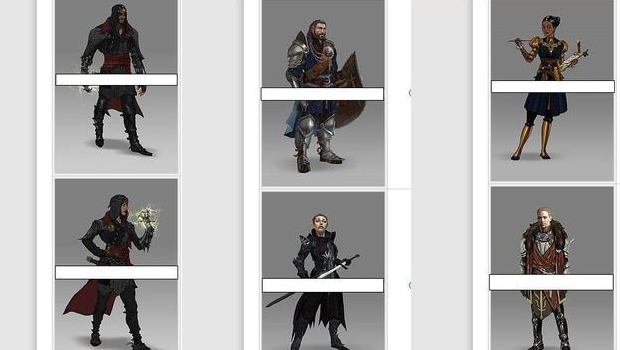 A BioWare forum poster has leaked details and images from a consumer poll that allegedly spills details on the as-yet unannounced Dragon Age 3. According to the Intel, players will take on the role of an inquisitor engaging in political skullduggery in a land torn apart by civil war.

The poll supposedly indicates that BioWare and EA are looking to include co-operate play in the adventure, which really wouldn’t be a shock considering EA’s current MO. Elsewhere, the survey talks of parties of five (including the player), better team management systems, and player-controlled day/night cycles.

NeoGAF has compiled all of the information collected, along with some concept art. Bear in mind that even if the survey is real, it’s still hypothetical stuff being used to gather consumer opinion. None of it’s definite — though I really am expecting some sort of multiplayer in the next one.