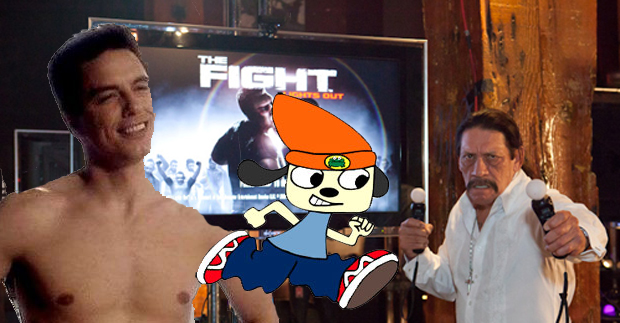 The rumors about a Smash Bros.-style 4-player fighting game featuring Sony mascots have been floating around since at least 2008. I’ve never taken any of them seriously. Still, when some particularly thought provoking bulletpoints on this phantom project pop up, I think it’s worth a post.

So here it is, straight from the Dtoid forums, some tidbits on what could be Sony’s first foray into all-star fighting crossovers. The story goes that someone working on the game decided to risk their current employment and future career by posting some pics and info on this unannounced project on Twitter, and then their Twitter account closed. The pics feature some of the game’s backgrounds and character models, including Sweet Tooth, and some woman with boobs. There was also some info on the game’s preliminary roster, which includes Parappa the Rapper, Kratos, Sly Cooper, Nathan Drake, Sweet Tooth, Colonel Mael Radec, and a Fat Princess.

I hope this is real, but… yeah. It’s really hard to believe that Sony is going to take one of their abandoned, cute and cartoony characters from the PS1/PS2 days like Parappa the Rapper and throw him in with one of their current “realistic” headliners like Nathan Drake. It’s also seems likely that the source of all this info was a plant. Is anyone really stupid enough to steal behind the scenes info on an unannounced game like this and expect to not be blacklisted from the industry for good? I guess time will tell.

If this game is legit, I hope they get Danny Trejo in there. His face is LANDSCAPE.

Filed under... #PaRappa the Rapper#rumors