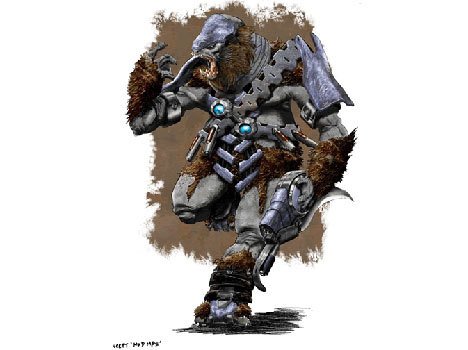 Xbox Fanboy has recieved a tip saying that a Halo 3 video will be coming out on December 20th, and will feature the backstory of the Brutes and show off some of their abilities in game. It’s an interesting rumor floating around, but once you hear this, it makes sense, right? I didn’t follow Halo that closely, but I at least played through 2, and this’d be a nice addition for 3.

Also riding on the tails of this rumor is news about Certain Affinity being founded. Certain Affinity is a new studio created by Max Hoberman, who was the leader of the multiplayer team for Halo 2 and Halo 3. Their first project, oddly enough, is to create exclusive maps for Halo 2‘s multiplayer.

To my own speculative mind, my guess is that Hoberman was contracted to do these extra maps for Halo 2, and when he decided to leave and form Certain Affinity, he’s keeping up his end of the bargain. Meanwhile, on the Microsoft/Bungie side, they’ll be bringing in a few more people to do the work on the Brutes in multiplayer. That’s just my own personal conspiracy theory. Yours?