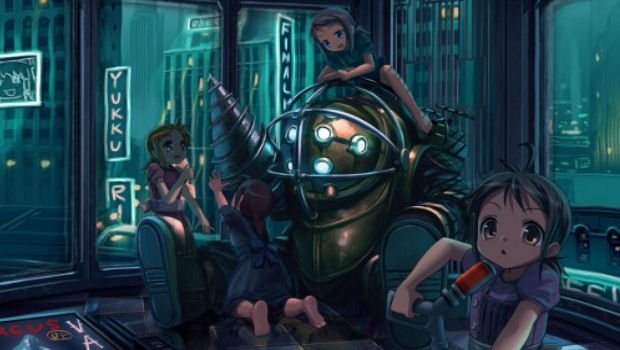 We’ve heard from a mysterious source (possibly a roaming Ekans) that 2K Games, in addition to working on a new X-COM, is hard at work in a secret location and tinkering with a massively multiplayer online game set in the BioShock universe. Sounds crazy? So did an FPS X-COM, and we all know what’s happened there.

2K has made no secret in the past of its interest in the MMO genre, and BioShock has been named as a potential candidate for exploitation before. The publisher is clearly interested in both huge online games and the continued profiteering of the BioShock franchise, so it wouldn’t be too surprising to see both goals fuse and become one.

Obviously, this is a rumor from one of our MYSTERIOUS SOURCES, so take it with some salt before anything is announced. Would you play a BioShock MMO, though?