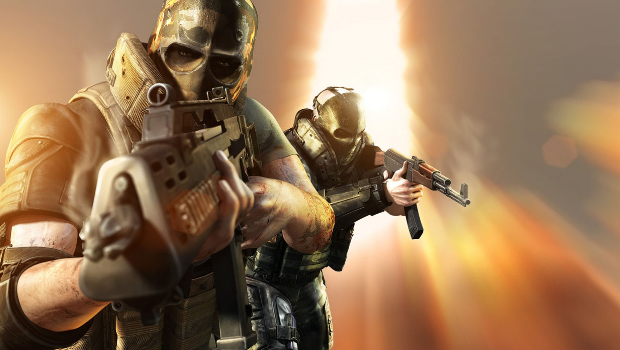 Whoever spilled the beans to Kotaku yesterday is spilling some more. The latest EA rumor concerns another Army of Two sequel, one that hopes to up the ante with four-player co-op as opposed to the traditional two.

Army of Four is said to make use of DICE’s Frostbite 2 engine, but it doesn’t sound like EA Montreal is finding it fun to work with. Development on Army of Four is allegedly troubled, and EA Montreal’s efforts may be bolstered by hands-on help from DICE itself.

As with previous rumors, none of this is verified, and none of it will be until EA decides it is.

I always liked the idea behind Army of Two, and I dug the silly visual style. The game’s sequel wasn’t too bad, either. I’ll hope they knock it out of the park this time, thought a healthy dose of cynicism would be a good idea.

Army of Two’s Sequel Is Not Army of Three [Kotaku]