Developed by Brazilian-based Aquiris Game Studios, Ballistic is a free-to-play FPS that has been in the making for quite some time. This browser game has been in beta in Brazil for the last few months, and has garnered a loyal following there. Made with the Unity engine, the developers have already won some attention and accolades for their work on the game.

Eventually, David Helgason, CEO of Unity, took notice and exchanged words with Redwood City studio Rumble Entertainment, and soon after they became the publisher for the Brazilian dev’s game and started work on bringing Ballistic to a larger market. Dubbed as a ’next-gen’ browser game, the developers plan to create an FPS catered to players looking for quick and accessible gameplay, and for those looking for a deep and engaging game to sink many hours into. 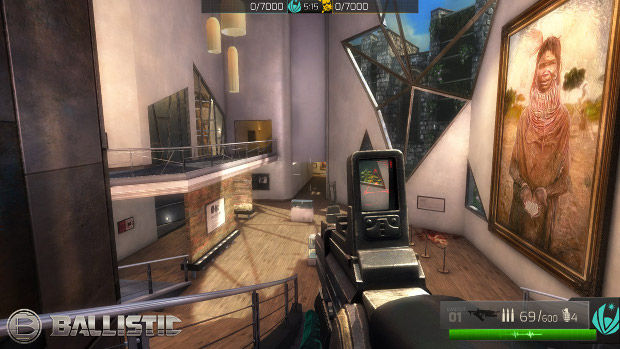 While the plot is minimal, Ballistic takes place in the near future where two factions are fighting over control of natural resources all over the world. Players can take control of either the MFA or Smokes factions, customize their character’s weapons, skills, and appearance, and take them out on the battlefield to face off against other players.

Action is fast, fluid, and surprisingly satisfying. There were points where I forgot I was playing a browser game and not some retail release on PC. As with most free-to-play games, you can play Ballistic in its entirety without spending a dime, but there will be content that can only be accessed through use of real money.

Ballistic doesn’t intend on reinventing the wheel, more so it seeks to give people who don’t have consoles or high-powered PCs access to fast-paced multiplayer action. As a browser game, the developers worked hard to make sure the game runs well on any PC or laptop computer.

The laptops we were playing for our preview sessions were of the fairly standard office variety, and the game managed to perform without a hitch. While the game may not look so engaging in screenshots, in motion it looks quite crisp and plays smooth. Of course, players with beefy rigs will be able to upgrade the visuals to their liking as well. It’s a testament to the power and versatility of the Unity engine. 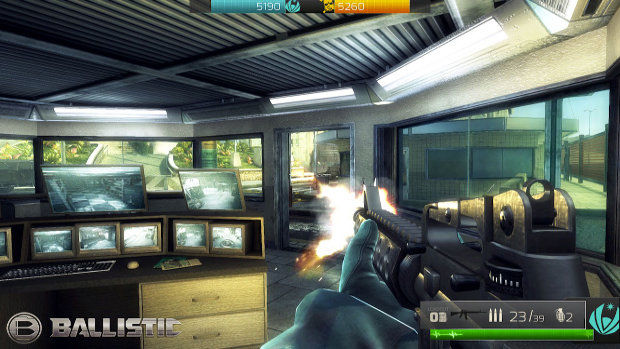 As of now, Ballistic is still in development, but the developers have scheduled an open beta in spring 2013. In any event, I was quite impressed with this title, and I was even more impressed with the power of the Unity engine. There were points where I forgot that I was playing a browser game. For now, players can sign up for the beta on the official web site and participate in any upcoming events and stay up to date on new information as it comes out.