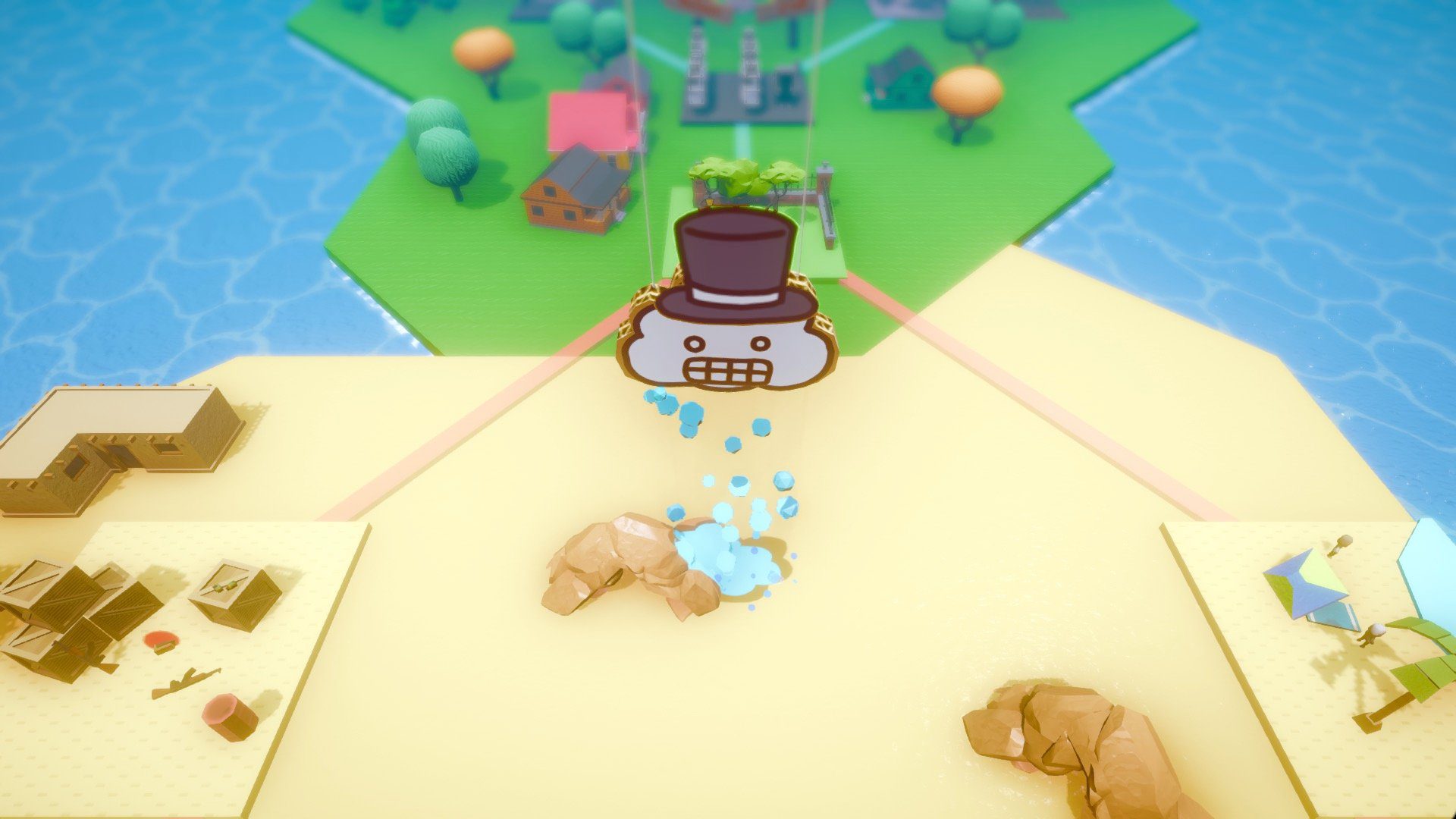 Every once in a while, a game trailer will come across my path that grabs me by the neck and doesn’t let go. Untitled Goose Game did that, Gnosia did that, and last night, the trailer for Rain on Your Parade did it as well. From developer Unbound Creations, this asshole cloud simulator lets you channel your inner Gi as you soak your way through various puzzle stages in search of the fabled land of Seattle.

When I saw this game pop up on my Twitter feed, I knew I had to give it a try. A demo is available for download right now on Steam, and it offers a sampling of the different puzzle concepts players will encounter in the final game. Stages come in a variety of sizes with their own unique objectives. Small stages will ask you to do one or two tasks, such as ruin a wedding by soaking the bride and groom and all their guests, or protect a bomb by soaking those who would defuse it. Larger stages can put more on your plate, forcing you to search every nook and cranny to complete the checklist. Hands down, my favorite stage is a city-block location that lets me go HAM until the time limit runs out.

You see some of it in the trailer above, but Rain on Your Parade diversifies its challenges with power-ups for its happy, little cloud. In the demo, you can unlock a lightning strike to zap the “Hoomans” or various electronics and appliances around the stages. You can also rain down something other than water. One of the levels challenges you to burn everything in a room by soaking up motor oil and pouring it around the wooden boxes and rockets with a faulty electrical box as your igniter.

The prologue demo for Rain on Your Parade is short, sweet, and has completely sold me on the concept. It can be a little buggy, but hopefully, the developer can iron out all the wrinkles before it launches next year for PC, Mac, Linux, Xbox One, and Nintendo Switch.

Rain on Your Parade [Steam]