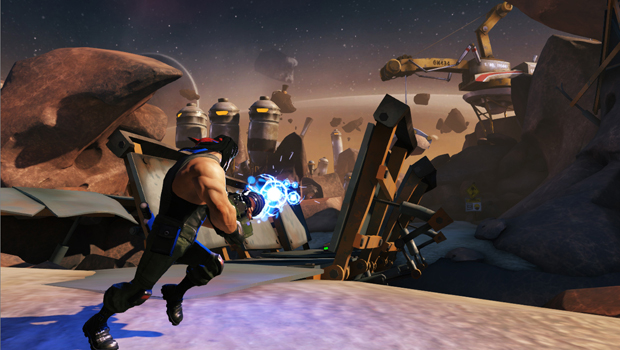 At a glance onlookers might characterize Loadout as yet another emulous shooter looking to wedge its way into a market that’s already bursting at the seams with them. And perhaps it is. But for a developer that’s spent the last decade and a half working on licensed games, ports and sequels, Edge of Reality is finally stretching its wings with a project of its own.

Hanging its hat on an extensive weapon crafting feature, Loadout takes a page out of the Borderlands handbook by offering an absolutely crazy amount of weapon variety. The Austin-based developer promises upwards of a million different combinations to help fell your competition across the third-person shooter’s variety of gameplay modes.

Given Loadout‘s cartoonish aesthetics, comparisons to Super Monday Night Combat or Team Fortress 2 seem inevitable here. True enough, it’s a free-to-play competitive online shooter with a variety of objective-based modes that you’ve probably come to expect of the genre over the course of the last decade. And if you have yet to yawn and move on with your day, there’s a surprising amount of depth on offer here in terms of combat.

As mentioned earlier there are millions of different weapon combinations thanks to Loadout‘s weapon crafting system. Each gun has a multitude of parts which include scopes, ammunition, triggers, stocks and barrel-types. True to its name, players are given an impressive amount of options when choosing exactly what kind of gear they wish to bring with them into battle.

A bit daunting at first, I spent several minutes playing around with the different types of weapons I could create. Whether its a shotgun with incendiary rounds that deal damage over time or a healing weapon that shoots syringes to aid your teammates, I think players will be pretty impressed when they’re given the dilemma of what type of gun they want to use. 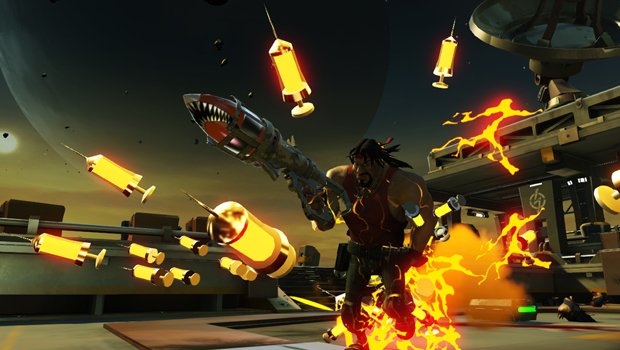 After making a less than menacing weapon my first time around, one of the developers gave me a taste of one of their most powerful creations to date, an energy weapon that seemed to absolutely flay anything caught in my cross-hairs but had a nasty habit of overheating. That armament really evened the odds and helped my team claim victory in the capture and hold mode that was on display.

Shifting gears a bit, I’m pretty skeptical of free-to-play as a general rule but Loadout definitely looks like something that I could see a lot of people enjoying. When I voiced my concerns, asking about how they planned to monetize the game whilst maintaining a level playing field, a representative said that any content available for purchase could also be earned in-game free of charge.

They seem acutely aware just the mention of FTP raises a red flag in the minds of gamers and desperately want to avoid a pay-to-win scenario. I suppose we’ll know more in the coming months when Loadout transitions from its current state of closed testing to an open beta later this summer.