A month ago at E3, Hamza saw, conquered, and approved of Halo 4. But, why wouldn’t he? He’s like the biggest Halo fan on staff! I, on the other hand, have lukewarm feelings toward the series. I played all but Halo 2 to completion and enjoyed them (ODST the most), but have never been profoundly impressed by the games.

I am speaking mostly about the single-player, which I have yet to touch in Halo 4. Multiplayer has been the draw of the series for me, but even that has lost me over time. I had fun with Halo 3 but didn’t bother much with the following games online. I didn’t think Halo 4 would change my opinion, but it did.

There is something about Halo 4 that feels new, while retaining the flow and vibrant palette of the franchise. I’m not a Halo fan, but even I have to take an optimistic standpoint on 343 Industries’ new direction for the series.

The first thing that struck me about Halo 4 is how much the loadout changes the pace and style of play, especially from a team-based strategic standpoint. With the shield, you can brute force your way into enemy territory and slowly back out with the shield preventing damage for a temporary amount of time. Paired with the assault or storm rifle, you can deal a lot of damage this way.

For most of the demo, I focused on using the battle rifle with either the Vision augment (see through walls) or Thruster (boosts player forward). Comparing this style of play to the one above is night and day. Smartly using your augments is crucial in Halo 4 and they give it a unique feel unlike any other multiplayer shooter, including its predecessors. I played Reach a fair bit but never felt this way about its armor abilities. There is something different about Halo 4 that I just can’t put my finger on. 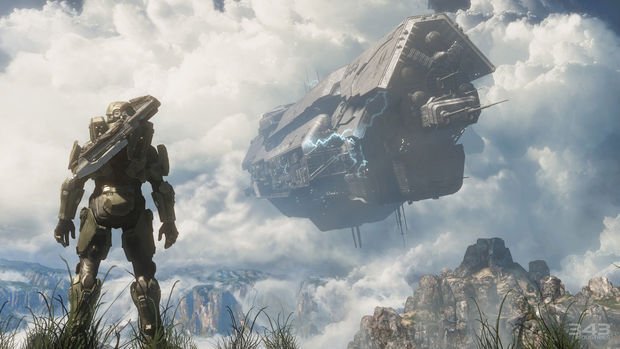 For one thing, the game has a weight to it that comes across in its sound design, art direction, and control. One important thing to note is that the game doesn’t feel or look like Call of Duty, despite the addition of loadouts and a run button. The developer compared the loadout system to Gradius and I have to agree that’s a closer comparison. You aren’t being bombarded with unlocks and medals as you play or constantly upgrading gear.

One key difference to the game is the emphasis on teamplay. The audition of the augments and close-quarters-focused level design make teamplay feel perfect and normal deathmatch a bit awkward. This is a shame since it tarnishes Halo’s legacy in multiplayer gaming, but it also builds something new in its place. Deathmatch isn’t gone, but it just doesn’t feel the same with the augments. I’m open to this change since I enjoy Halo 4 so much, but I can see some loyal fans having a hard time adjusting to the change of pace and more cerebral approach to combat. Accuracy will still get you far, but it’s not the only valuable skill in this game. 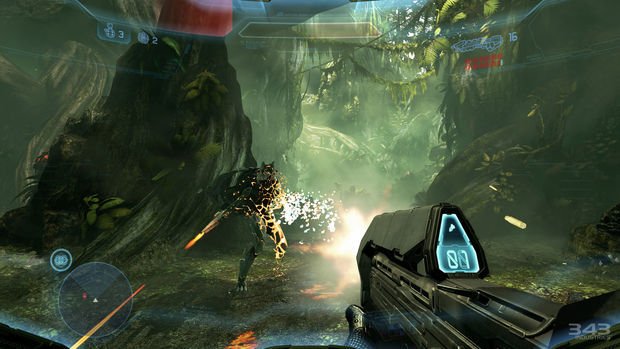 Halo has always had great weapons and 343 Industries have brought a couple soon-to-be favorites to the series. The Scattershot is one of the most satisfying shotguns I’ve controlled in a game, mostly due to the deafening sound it makes. Another great one is the Sticky Detonater which projects a sticky grenade in an arch and then pops open a screen displaying information on enemy proximity to the grenade, letting you know the opportune time to trigger it. The weapon really highlights the care going into animation and visual design. It’s not the most practical weapon but it’s stunning to see in action.

My time with the game was split between team deathmatch and a solo deathmatch variant called Regicide, where the current best player in the room has a bounty on his head. Even worse, everyone can see where he is on the map. I found this mode stressful and not all that fun. This had a lot to do with the claustrophobic map, but even then the mode seemed counter-intuitive to using the game’s augments. Since you never have the safety of teammates, using augments is a much greater risk that leaves you vulnerable in this mode. It also slows you down when you need to always be moving forward. 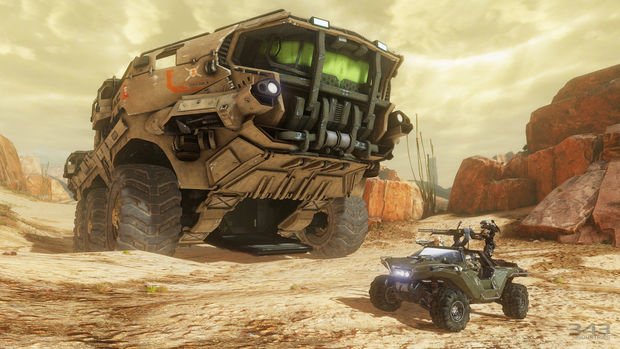 Walking away from this demo, I’m convinced this is the Halo reboot many have been waiting for. It’s also the reboot that will alienate some longtime fans. The pace and feel of the game has changed on a fundamental level. It’s neither Halo 3 all over again or a Call of Duty clone.

It’s something new, fresh, and inviting. Though solo deathmatch may not be the same with augments, these additions open up so many possibilities. More importantly, they feel unique and intuitive in a way that Reach’s armor abilities didn’t.

Though I think the initial flash of Halo 4’s audio and visual design won’t wear off anytime soon, I’m happy to know there is a rich, strategic shooter to be had beyond it.