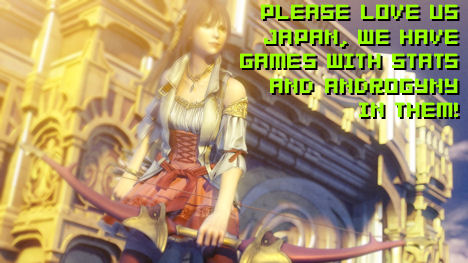 Despite flagging sales in Europe, where people will at least think about buying it, Microsoft continues its burning ambition to make the Xbox 360 relevant in Japan by holding an event known as the Xbox 360 RPG Premiere 2008. The Japan-only event will be held on June 10 (hey that’s quite soon) and will likely unveil some new titles along with updates on ones we already know about.

The event is intended for the Japanese crowd, but given the Xbox 360’s history, it’s likely that any new games shown will be available outside of the Land of the Rising Lolicon.

It’s quite amusing how the very American Xbox 360 has become such a refuge for Japanese roleplayers, while the traditional home of the genre, the PlayStation, still hasn’t caught up in that area (at least until Final Fantasy XIII rolls around).

RPG fans should keep an ear to the ground very soon.