British postal service Royal Mail has been releasing “commemorative” stamps for decades, with limited edition postmarks featuring famous artwork, historical events, trailblazers, and pop culture figures. Now it seems it’s the turn of the UK gaming industry, as a new set will celebrate some of the most iconic video games to be developed in Blighty.

As spotted by Eurogamer, the pack includes stamps featuring ’80s and ’90s classics such as Dizzy, Elite, Lemmings, Populous, Worms, Micro Machines, and Sensible Soccer, as well as enduring franchises such as Tomb Raider. The stamps also come bundled with a neat information pack, featuring art and information about the 12 titles in question. 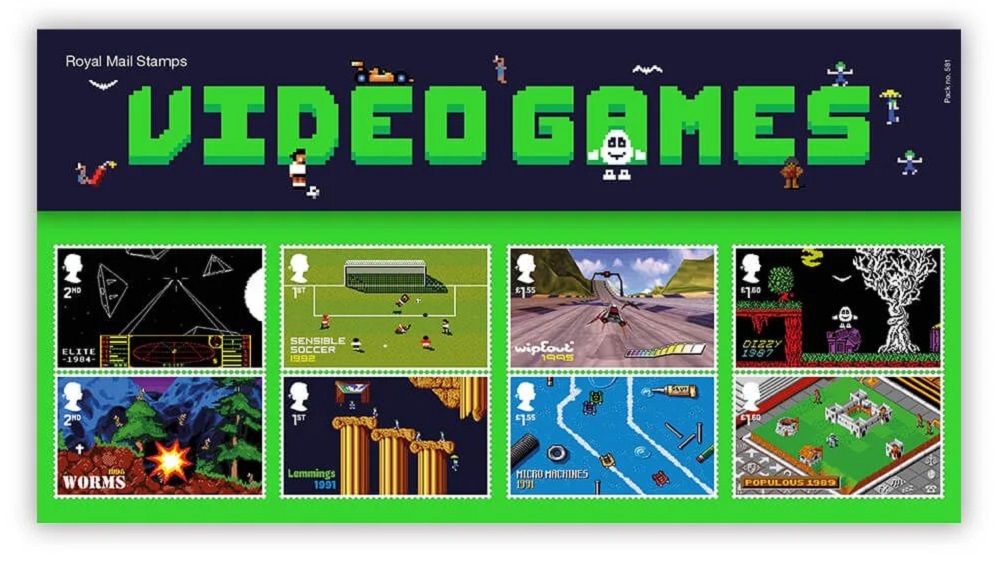 The chosen franchises were nominated by British gaming body UKie, as well as legendary Mean Machines editor/journalist Julian “Jaz” Rignall and author Sam Dyer, who has penned a string of excellent retro gaming tomes such as Commodore 64: A Visual Compendium and the recent Metal Slug: The Ultimate History.

The full set of stamps can be purchased from the Royal Mail website for a little over £14, or ordered from your local post office from January 21.