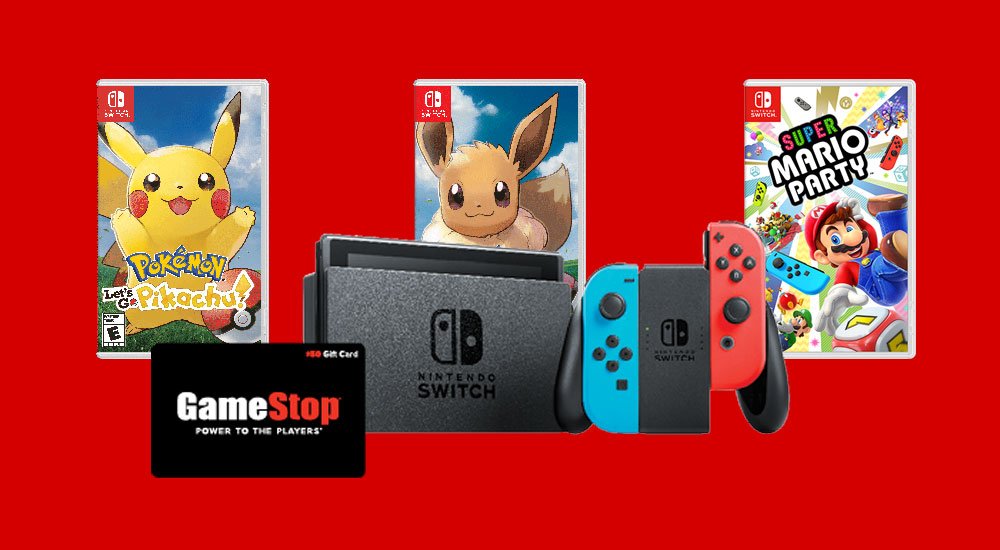 Slight respite from the Nintendo tax

We’ve been seeing the more popular console bundles selling out this Black Friday well before Black Friday even hits and a good example of this is the Nintendo Switch Mario Kart 8 Deluxe bundle which barely last through Thanksgiving Thursday. Thankfully, a number of Nintendo Switch console deals are still available for those looking for a deal.

GameStop is still offering their $50 digital gift card promotion with either the Neon or Gray Joy-Con Nintendo Switch consoles. Conversely, if you prefer absolute cheapest offering for the system by itself – head to Rakuten (the Amazon of Japan), where you can knock $50 off thanks to the 20% sitewide Black Friday coupon (ends tonight). This will let you pick up a Neon Joy-Con Nintendo Switch for only $249.95.

At MassGenie, the DealGuru is offering game bundled with the Nintendo Switch systems for an extra $10. Not a bad deal given all of the titles listed are recently released games. Available games as of writing are Super Mario Party, Pokemon Let’s Go Pikachu, and Pokemon Let’s Go Eevee.

If we spot more in-stock Nintendo Switch system deals, we’ll update and add them above throughout the weekend.