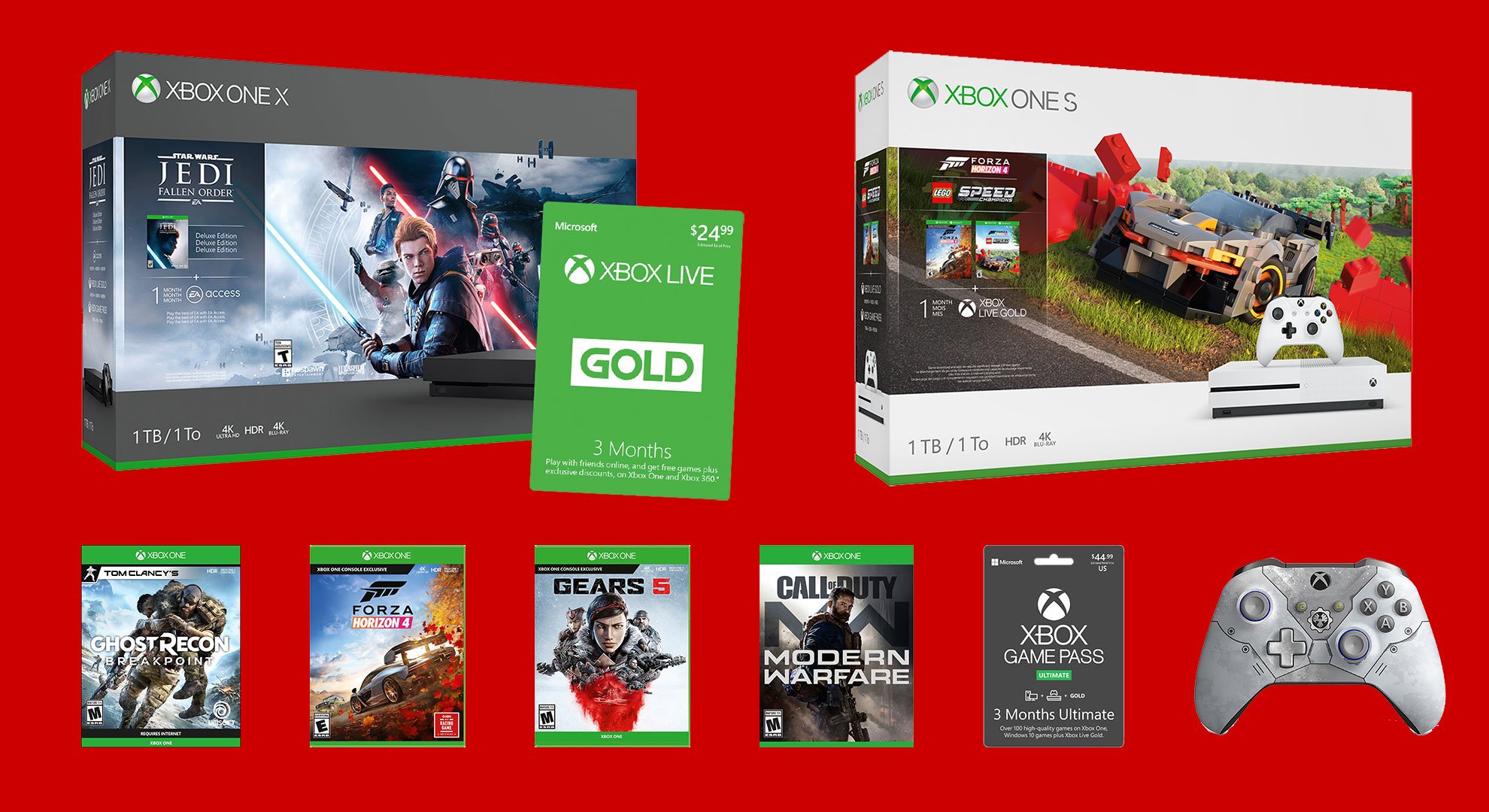 Like the PS4 deals we wrote about earlier this week, plenty of Black Friday Xbox One games and console deals are now live across the web from your favorite retailers (if there’s even such a thing).

The advertised $150 and $100 off Xbox One X and Xbox One S promotions are live and we haven’t seen any major deals that deviated from this standard offer. Best Buy had a limited time bonus $30 e-Gift Card when you buy an Xbox One X, but that offer has now ended and has been replaced with a free 3-month Xbox Live Gold offer. We suspect the $30 e-Gift Card deal will return on Wednesday or Thursday night. A comparable offer is at Kohl’s where you can pick up an Xbox One S bundle and receive $75 in Kohl’s Cash.

In terms of accessories, Xbox Live Gold, or Xbox Game Pass, the deals are surprisingly lacking thus far. You’ll find the typical controllers on sale for $39, which is a similar discount we’ve seen in years past. For Xbox Live Gold, you can pick-up 3 month’s worth for $15 at Walmart, who is also offering 3 months of Game Pass Ultimate for $26.99 (discount of 40% off)). Remember though that the $1 intro offer is still available if you’ve never sign-up for Xbox Game pass before.

Noteworthy video game deals include Call of Duty: Modern Warfare for only $38, Ghost Recon: Breakpoint for $28. You’ll also find plenty of games at the $20 and sub-$15 price point below. Note that deals below are listed from multiple retailers and because prices and stock are very fluid, things may go out of stock or the pricing may have changed. Double check prices before you checkout.

As with before, we’ll be updating this post as the deals come in.